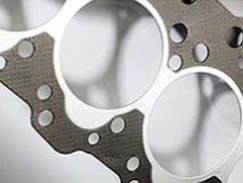 Interface, led by CEO Victor Swint, has manufacturing facilities in the US, Germany, and India and is headquartered in Lancaster, PA (www.interfacematerials.com).

Wind Point acquired Interface in December 2011. “Interface is a great example of how Wind Point’s strategy of partnering with a top caliber CEO to build a world-class management team can deliver tremendous value for our investors,” said Nathan Brown, a Managing Director at Wind Point. “We’re grateful to Victor and his team for their leadership in driving excellence throughout the organization, which resulted in best-in-class organic growth and operating margins.”

Lydall (NYSE: LDL) is a designer and manufacturer of filtration media, industrial thermal insulating products, and automotive thermal and acoustical barriers. The company sells its products to original equipment manufacturers and tier-one suppliers in the life sciences, energy & utilities, construction, industrial, and transportation sectors. Revenues for Lydall in FY 2017 were approximately $700 million. Lydall, led by CEO Dale Barnhart, was founded in 1879 and is headquartered in Manchester, CT (www.lydall.com).

Reed Smith (www.reedsmith.com) was the legal advisor to Wind Point Partners and Interface on this transaction. The Reed Smith deal team was led by partners Morley Fortier and Brad Schmarak, and associates Nick Gibson, Lauren Siler and Ross Williams.

The transaction is expected to close in the third quarter of 2018.