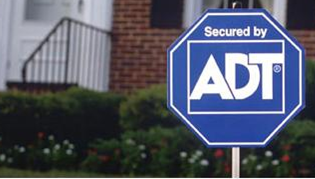 The ADT Corporation has agreed to be acquired by Apollo Global Management at a transaction value of approximately $7 billion. Apollo will pay $42 per share of ADT, a premium of nearly 56% over ADT’s closing share price Friday of $26.87. ADT shares were up 53% to $41.20 in premarket trading Tuesday.

The merger agreement includes a 40-day go-shop period, during which ADT and its board of directors may actively solicit and enter into negotiations with parties that offer alternative proposals.

Upon closing of the transaction, Apollo will merge ADT with its current portfolio company, Protection 1, which it acquired in June 2015 from GTCR. GTCR acquired Protection 1 in 2010 in partnership with security industry veteran Tim Whall.

ADT provides electronic security, fire protection and other related alarm monitoring services to homes and small businesses in 35 countries. The company was founded in 1874 as American District Telegraph and was spun off as a publicly-traded company from Tyco International in 2012.  ADT has over 6.5 million customers and employs approximately 17,000 people at 200 locations. The company is led by Naren Gursahaney, its President and CEO, and had revenues in 2014 of approximately $3.4 billion. ADT is headquartered in Boca Raton (www.adt.com).

Like ADT, Protection 1 provides installation, maintenance and monitoring of security systems for homes and businesses. The company serves nearly 2 million customers and has 4,000 employees, five monitoring centers, and 70 office locations.  Protection 1 is led Tim Whall, President and CEO, and is headquartered southwest of Chicago in Romeoville, IL (www.protection1.com).

“We are tremendously excited by this unique opportunity to combine two premier businesses,” said Marc Becker, Senior Partner at Apollo. “This transaction provides the opportunity to dramatically enhance our position in the large, fragmented and growing residential and business interactive electronic monitoring industry.”

The merged company will be headquartered in Boca Raton and will largely operate under the ADT brand name. According to Apollo, the newly created company will have total annual revenue in excess of $4.2 billion.

The transaction has fully committed financing in place and will be financed primarily through $1.6 billion of new first lien term loans, $3.1 billion in new second lien financing, the issuance of $750 million of preferred securities to Koch Equity Development (the investment and acquisition subsidiary of Koch Industries) and an equity contribution of approximately $4.5 billion from Apollo and co-investors.