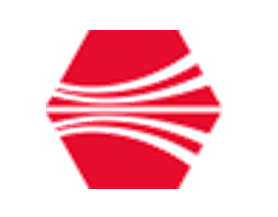 Huron is a supplier of tubular assemblies and components used in automotive engine, transmission, fuel and climate control systems. Customers of Huron include some of the world’s largest car manufacturers, as well as automotive OEM and Tier I suppliers. Huron was founded in 1943 and is based north of Detroit in Lexington, MI (www.huroninc.com).

“We are pleased to have had the opportunity to work closely with Huron over the last couple of years,” said Conner Searcy, Managing Partner at Trive.  “Bob Bales, Jerry Solar, and the rest of the Huron team were incredible partners and were instrumental in driving exceptional performance at Huron.”

“We view Trive Capital as a resourceful and value-added partner as we expanded our product offering, launched several new programs and invested heavily into our operations.  In our experience, Trive’s financial and operational guidance were second to none, and we wish them continued success,” said Bob Bales, Chairman of Huron.

Seven Mile Capital Partners – the buyer of Huron – invests in middle-market companies with EBITDA’s of $5 million to $50 million. Sectors of interest include consumer products, financial services, business outsourcing, renewable energy, cleantech, recycling, healthcare and technology.  Seven Mile Capital Partners was formed in 2011 and is based in New York (www.sevenmilecp.com).

Lincoln International (www.lincolninternational.com) was the financial advisor to Huron on this transaction.