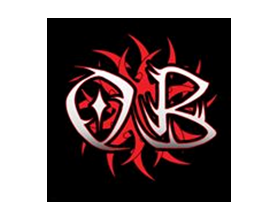 Arcus Hunting, a portfolio company of Bregal Partners, has acquired Obsession Archery, a designer, marketer, and manufacturer of premium vertical bows.  Dennis and Angela Lewis, the founders of Obsession Archery, will continue to lead the company as President and Vice President, respectively, and also became equity holders of Arcus Hunting at closing.

“Obsession has developed best-in-class bows, validated by winning Editor’s Choice for best bow from Outdoor Life in 2014, due to its combination of speed and shootability,” said Scott Perekslis, Managing Partner and co-founder of Bregal Partners. “The company is growing rapidly, and the transaction will allow Dennis and Angela to focus on customer service and design while benefiting from the resources that the broader Arcus Hunting platform can bring to bear.”

The buy of Obsession Archery is the third add-on acquisition completed by Arcus Hunting since its formation in November 2014.  In January 2015, Arcus acquired Tinks, a maker of deer lures and attractants based near Atlanta in Covington, GA (www.tinks.com) and in November 2014 Arcus acquired Dead Down Wind, a scent control brand that mitigate a hunter’s scent while in the field, based in the Kansas City suburb of Pleasant Valley (www.deaddownwind.com).  Obsession Archery is headquartered near Macon in Jeffersonville, GA (www.obsessionbows.com).

Arcus Hunting was launched by Bregal to acquire a portfolio of brands in the bowhunting and archery category and is actively seeking additional add-on opportunities (www.arcushunting.com).

“With Dead Down Wind, Tinks, and now Obsession, we continue to pursue further strategic investments in leading hunting and archery brands, with a particular focus on categories that enhance hunters’ performance in the field,” said Mr. Perekslis.

Bregal Partners invests from $25 million to $75 million of equity in companies operating in the consumer, food & retail, energy services and healthcare industries. Target investments generate $15 million to $75 million or more of EBITDA. The firm has $500 million of committed capital funded by a sixth-generation family foundation with roots to 1841.  Bregal is the private equity investment business of COFRA Holding AG, a European holding company for a privately-owned group of companies which also include C&A, a clothing retail organization, and Redevco, a real estate company owning a portfolio of over €7 billion across 700 properties in Europe.  Bregal Partners is based in New York (www.bregalpartners.com).