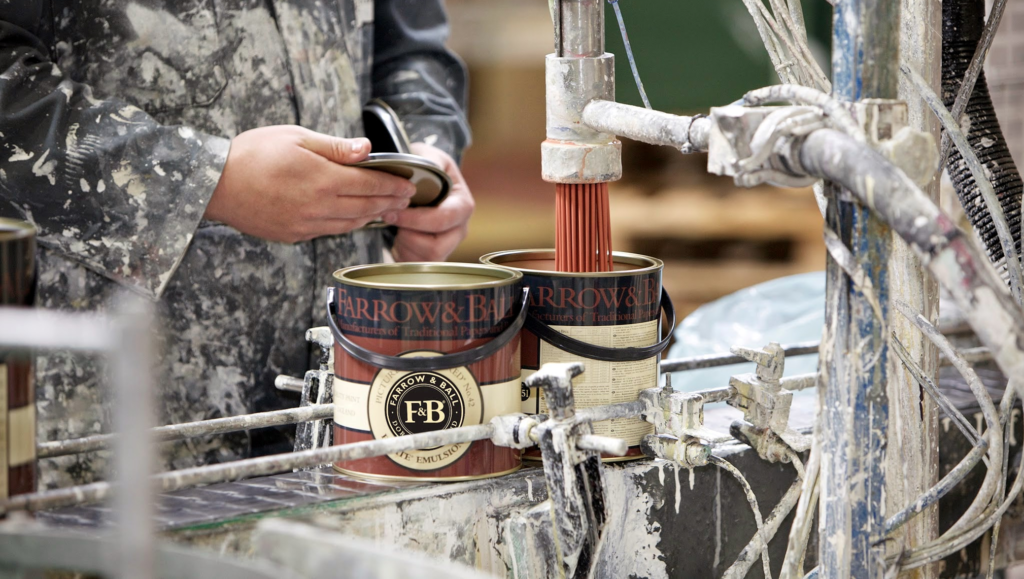 Ares Management has acquired Farrow & Ball, a paint and wallpaper manufacturing company, from European Capital, an affiliate of American Capital, for £275 million (€347 million or $433 million).

European Capital received 5.4 times its equity investment and the compounded annual rate of return earned on its debt and equity securities over the life of its investment was 22%, including interest, dividends, realized gains and fees.  European Capital acquired Farrow & Ball in August 2006 for £86 million in a combination of senior term loans, senior subordinated debt, institutional loan notes and common equity.

“Our partnership with Farrow & Ball over the past eight years has yielded a very positive outcome for European Capital with both revenue and EBITDA tripling since our acquisition,” said Benjamin Suquet, a Director at European Capital.  “We’ve worked closely with management to professionalize the business along with supporting the investment in people and infrastructure which contributed to Farrow & Ball’s position as the brand leader in the premium paint sector.”

Farrow & Ball manufactures premium paint and wallpaper.  The company’s paint products are known for their depth of color and unique finish through the use of high levels of pigments, rich resin binders, and ingredients with a high refractory nature. All of Farrow & Ball products are manufactured at its factory in Dorset, UK.  The company sells its products through a network of more than 50 showrooms throughout Europe and North America, and through 1,200 independent dealers located across the globe.  The company was founded by two chemists, John Farrow and Richard Ball, in 1946 (www.farrow-ball.com).

The buyer of Farrow & Ball, Ares Management, has $80 billion in capital under management and invests in private equity, leveraged loans, high-yield bonds, distressed debt and private debt.  The Ares Private Equity Group manages approximately $10 billion of assets and is currently actively investing its fourth private equity fund, ACOF IV, which has $4.7 billion of committed capital.  The firm has approximately 700 employees and is headquartered in Los Angeles with offices in New York, London, Chicago, and Atlanta (www.aresmgmt.com).

“We are excited to partner with the Farrow & Ball management team as long-term investors in the company given its powerful brand and strong growth potential,” said Charles Steel, Partner in the Private Equity Group of Ares Management.  Farrow & Ball’s senior management will retain a minority stake in the company in partnership with Ares.

“This is a high quality business that has flourished both domestically and internationally during our period of ownership and delivered consistently strong growth despite a challenging economic backdrop for much of that time,” said Giles Cheek, Managing Director and Head of Buyouts at European Capital.  “The excellent return on investment is a testament to the strength of the Farrow & Ball brand, its management and European Capital’s strategy of supporting its companies to realize their international potential.  The company is well placed to build on its gains and we wish the team and its new financial partner continued success.”

American Capital (NASDAQ: ACAS) originates, underwrites and manages investments of $10 million to $750 million in lower and middle market private equity, leveraged finance, real estate, energy & infrastructure and structured products.  The firm has eight offices in the US and Europe with American Capital headquartered in Bethesda and European Capital headquartered in London (www.AmericanCapital.com) (www.EuropeanCapital.com).