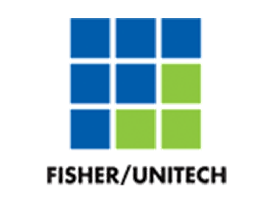 The Riverside Company has acquired Fisher/Unitech, a reseller of software and hardware used in 3D modeling design.

“3D solid modeling and additive manufacturing are increasingly being employed for a wide array of product design, prototype development and manufacturing applications,” said Riverside Partner Steve Dyke. “Fisher/Unitech is a trusted resource for a broad array of customers in numerous industries.”

Fisher/Unitech is a reseller of 3D solid modeling design software, 3D printing hardware and related products and services including training, and consulting services. Fisher is the world’s largest distributor of Stratasys 3D printers (www.stratasys.com) and the third-largest distributor of SolidWorks software (www.solidworks.com) in the US.  Fisher operates largely in the Midwest and New England. Fisher has more than 8,000 customers that are active in the aerospace, consumer goods, automobiles, and defense industries.  The company has 13 locations with classroom facilities supporting sales across 16 states. The company was founded in 1993 and is based in the Detroit suburb of Troy, MI (www.funtech.com).

Fisher/Unitech CEO Charlie Hess and Vice President of Technology Greg Fisher founded the company and will remain in their positions along with the rest of the management team.  “We’re delighted to partner with Riverside, and we look forward to accelerating our growth with the support of Riverside’s resources and expertise,” said Mr. Hess.

“Our SMD team focuses on investing in many manufacturing businesses that would be target customers for Fisher/Unitech. As a result, the value Fisher provides its customers as they seek to innovate with new products was immediately recognizable to our team,” said Mr. Dyke, Riverside’s Global Head of SMD.