The Riverside Company to Exit AERCO 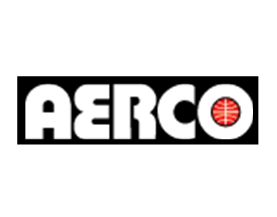 The Riverside Company has entered into an agreement to sell AERCO International to Watts Water Technologies for $264.5 million in cash for 100% of the equity of the company on a cash and debt free basis.

AERCO, acquired by Riverside in 2007, is a manufacturer of high-efficiency condensing boilers and tankless water heaters that are distributed primarily in the United States to the commercial markets.  The company had trailing twelve months sales through September 2014 of approximately $100 million. The company was founded in 1949 by Henry Angelery as the Angelery Engineering Research Company (AERCO). AERCO is headquartered north of New York City in Blauvelt, NY (www.aerco.com).

“Our success with the AERCO investment is a result of a partnership with an outstanding management team who shared our vision for the company,” said Riverside Partner Steve Dyke. “We worked with them on a number of successful growth initiatives, and AERCO is a much bigger and better company as a result.”

“It’s been wonderful to work with the Riverside team,” said AERCO CEO Ervin Cash. “They provided resources and support that allowed us to thrive and positioned us for continued success. AERCO is in a very strong position with a bright future.”

The buyer of AERCO, Watts Water Technologies (NYSE: WTS), is a maker of products used to control the efficiency, safety, and quality of water within residential, commercial, and institutional applications. The company, with annual revenues of approximately $1.5 billion, was founded in 1874 and is headquartered in North Andover, MA (www.wattswater.com).