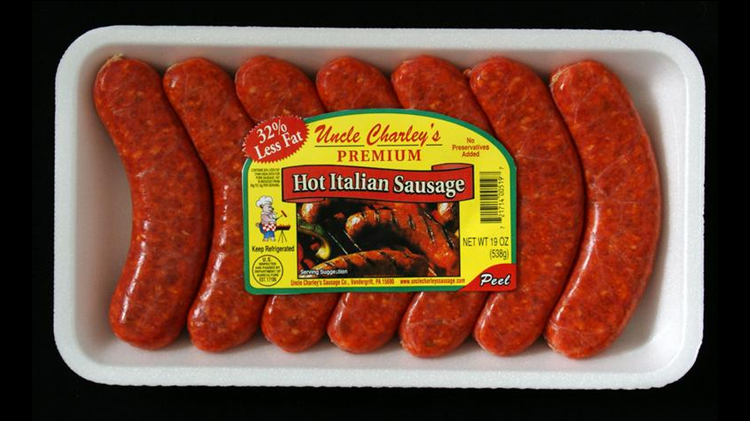 F.N.B. Capital Partners, along with a group of Pittsburgh investors including Jim Rudolph and Len Caric, have acquired Uncle Charley’s Sausage Company.

Uncle Charley’s Sausage Company produces and distributes sausage and meat products to retail markets throughout six states, including Pennsylvania, West Virginia, Ohio and Maryland. The company’s products are sold in over 600 retail stores, including Wal-Mart, Shop’n’Save, Bottom Dollar Food and Giant Eagle. Uncle Charley’s has achieved growth in both sales and profitability since 2006, almost doubling the business and its number of employees. The company was founded in 1988 by Charles Armitage, Sr., and is based in Vandergrift, PA (www.unclecharleyssausage.com).

Uncle Charley’s will operate under the leadership of Len Caric, who will serve as the standing President and CEO, with Jim Rudolph serving as the company’s chairman. Charles Armitage, Sr. will serve as a consultant for Uncle Charley’s Sausage Company throughout the next year.

Jim Rudolph is the former Chairman and CEO of the 550+ unit Rita’s Italian Ice Franchise Company and the former President and Founder of a 46-unit Wendy’s of Greater Pittsburgh franchisee group. Mr. Rudolph has been a successful entrepreneur and investor in the region for over 40 years.

“While we have plans to substantially grow the business,” said Stephen Gurgovits Jr., managing partner at F.N.B. Capital Partners, “the priority is to maintain the integrity of the brand and product, while continuing to enhance relationships with our business partners and consumers.”

F.N.B. Capital Partners (FNB) makes mezzanine debt and private equity investments of $3 million to $10 million in lower middle market companies that have revenues of $8 million to $100 million and EBITDA of at least $2 million. FNB has $175 million of capital under management and received its license from the US Small Business Administration to operate as an SBIC in August 2013. FNB’s investors include several high net worth individuals, a pension fund and six regional banks, including anchor investor F.N.B. Corporation. FNB is managed by Tecum Capital Management. The founders of Tecum – Stephen Gurgovits, Jr., Matthew Harnett, and Tyson Smith – formerly managed F.N.B. Capital Corporation, a wholly-owned merchant banking subsidiary of F.N.B. Corporation. Both FNB and Tecum are based in Pittsburgh (www.fnbcp.com).

Ventura Group, a Pittsburgh-based investment bank, was the financial advisor to Uncle Charley’s assisting in all aspects of the transaction.

Salt Creek Puts Metal to Metal with Buy of Gerber