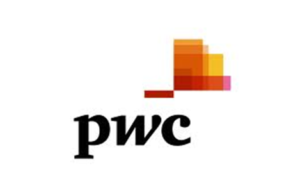 “The M&A environment across the global industrial products industry showed an uptick in activity across several sectors during the fourth quarter, despite continued concerns regarding the global economy,” said Robert McCutcheon, U.S. Industrial Products Leader for PwC. “We also saw pockets of increased participation from financial investors, who are beginning to take steps to secure longer term growth opportunities, supported by their strong balance sheets and ample liquidity. Looking ahead, the M&A market should continue to improve, as geo-political concerns are addressed and we begin to see signs of a more stable economic recovery.”

While Asia and Oceana remained the most active region, the U.S. performed well in select industrial products sectors, with local deals driving the majority of activity. There were 163 local transactions worth $50 million or more totaling $75.5 billion in the U.S. during 2012, up from 157 such deals totaling $40.9 billion in 2011. The majority of growth came in the fourth quarter, with the number of local U.S. deals rising to 52.

“The domestic market is continuing to attract increased attention from a wide range of players given the improving manufacturing climate, return of manufacturing to the U.S. and the regionalization of supply chain efforts closer to the customer,” said Mr. McCutcheon. “Re-shoring manufacturing and renewed deal making confidence is being driven in part by the benefits of shale gas production on supply chain economics and production processes. These trends are in line with the results of our recent Manufacturing Barometer report, which showed improving sentiment among U.S. industrial manufacturers regarding the prospects of the domestic economy. Additionally, our recent CEO survey found that U.S. CEOs are more intent on M&A in 2013 than their global peers, and they’re concentrating on consolidation and expansion in the U.S. market.”

While mega deal activity for all of 2012 was slightly below 2011, there was an increase in mega deals across several aerospace & defense sectors during the fourth quarter of 2012.  Mega deals in the metals market accounted for $5.6 billion in value or more than half of total deal value in the sector during the fourth quarter.  In addition, fourth quarter M&A activity in the aerospace & defense sector was primarily driven by two mega deals, which accounted for approximately 80 percent of total deal value.  Mega deal activity also remained strong in the transportation & logistics market.  There were a total of 16 mega deals announced in the sector during 2012, including four mega deals in the fourth quarter.  Looking at the overall IP sector, there were a total of 72 mega deals during 2012, for a total value of $168 billion, compared to 74 mega deals in 2011, valued at $202.3 billion.

Strategic investors continued to drive the majority of deal activity across the industry during the fourth quarter and full year, reflecting their focus on longer-term investment initiatives.  However, financial acquirers increased their participation in the M&A market in select sectors.  In the metals industry, financial investments surged as a percentage of all deals in the fourth quarter, rising to 49 percent, compared to 29 percent for the full year of 2012 and 27 percent for all of 2011.  Financial investors have also continued to gradually gain momentum in the engineering & construction sector. In 2012, the participation of financial advisors was higher than the average 10-year rate of approximately 33 percent and they were an active participant in some of the largest deals during the year. For the full year, participation among financial investors increased modestly in the metals, engineering & construction and transportation & logistics segments, although levels remained below 40 percent of deal volume.

“The increased activity among financial investors in select sectors demonstrates improved sentiment and may portend a more sustainable recovery in these markets in the year ahead.   Notwithstanding continued global economic uncertainty, a range of factors including solid private equity fundraising, strong balance sheets and the availability of low-cost debt financing, support the potential for increased M&A activity among investors going forward,” said Mr. McCutcheon.

Wind Point Gets New Food Platform with Buy from Rotunda