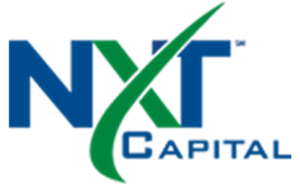 Goldco is a Burger King franchisee that operates 96 stores in the southeastern United States. The company is based in Dothan, AL (www.goldcoinc.com).

“We’re very pleased to close another transaction with NXT Capital,” said Michael Hand, Managing Director, PNC Riverarch. “NXT once again provided the flexibility and creativity we value and allowed us to quickly close the transaction on terms that address the company’s growth plans.”

NXT Capital provides structured financing to middle-market and growth companies through its Corporate Finance, Real Estate Finance and Venture Finance groups, originating transactions directly on a national basis. The company targets senior financing opportunities of up to $150 million with a hold size up to $50 million. NXT Capital is led by former principals of Merrill Lynch Capital and was formed in 2010 by Stone Point Capital and the founding management team. The firm is based in Chicago with offices in New York, Atlanta, Boston, Dallas, Newport Beach and Silicon Valley (www.nxtcapital.com).

PNC Riverarch Capital is a middle-market private equity group that invests in privately-held companies headquartered throughout North America.  It seeks to invest from $10 million to $50 million per transaction in support of recapitalizations, leveraged and management buyouts, corporate divestitures, and growth financings.  Sectors of interest include outsourced services, specialized manufacturing, and value-added distribution.  Since 1982, PNC Riverarch and its predecessors have provided over $1 billion in capital to more than 100 companies. The firm is based in Pittsburg (www.riverarchcapital.com).  PNC Riverarch Capital is a division of PNC Capital Finance, which is a wholly owned indirect subsidiary of The PNC Financial Services Group (www.pnc.com).

Littlejohn & Co. has made an investment in The Hiller Companies, a provider of fire and life safety products and

Cadrex Manufacturing, a portfolio company of CORE Industrial Partners, has acquired IDL Precision Machining. IDL is a manufacturer of complex