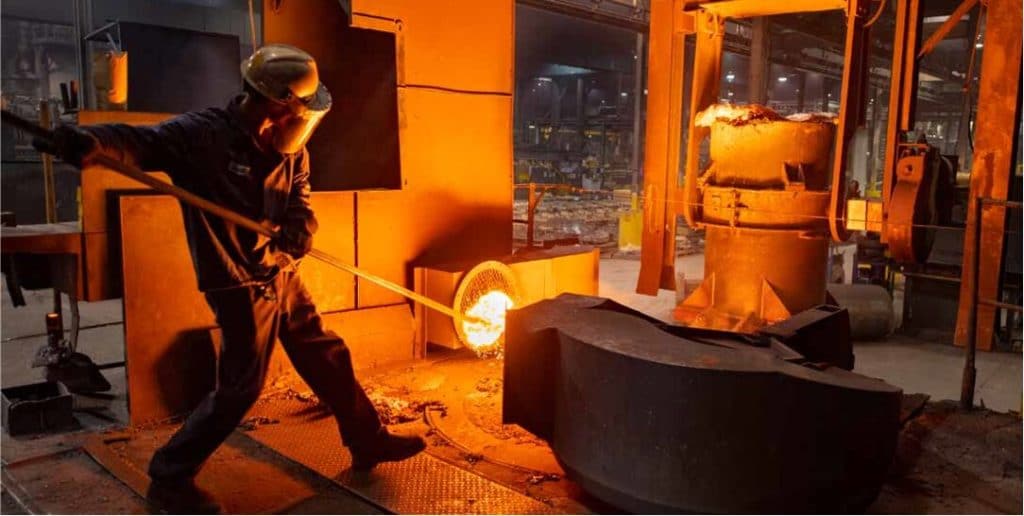 Industrial Opportunity Partners has closed its sale of Aarrowcast, a manufacturer of ductile and gray iron castings, to Charter Manufacturing Company.

Aarrowcast is headquartered 40 miles northwest of Green Bay in Shawano, Wisconsin and operates a 210,000-square-foot manufacturing facility that annually produces 50,000 tons of large and complex ductile and gray iron castings that are sold to more than 100 customers in the agriculture, off-highway heavy truck, military and construction markets.

Within its Shawano facility, Aarrowcast operates three separate molding lines, including the largest automated green sand line in North America which is also the second-largest such molding line in the world. Green sand castings are not green in color but rather use wet sand or “green sand” molds. The sand is called “green” because it has moisture in it – similar to green wood – before the sand dries out when molten metal is poured into the mold. About 42% of all cast parts in the United States are made using green sand molds with no-bake casting, the second most popular type, comprising about 40%.

IOP acquired Aarrowcast in August 2012 and was the firm’s first platform investment for its second fund, Industrial Opportunity Partners II LP, which closed with $275 million of capital in April 2012. The sale of Aarrowcast is Fund II’s seventh investment realization. During its ownership term, IOP Operating Principal Andy Weller served as Aarrowcast’s chairman of the board.

“Through the leadership and dedication of the company’s management team, led by CEO Randy Brull, Aarrowcast has expanded its product offering, customer base and manufacturing capabilities and today is one of the most modern foundries in North America. I believe the company is positioned well for the future.”

“We would like to thank the management team at Aarrowcast and have appreciated the opportunity to work with them over the years,” said Chris Willis, a managing director at IOP. “We believe Charter’s industry experience and long-term investment strategy suits the company well. IOP expects that Aarrowcast will continue to grow and thrive under Charter’s ownership.”

Charter Manufacturing was founded by the Mellowes family in 1936 as the Charter Wire Company. Today, the company is led by CEO John Mellowes and has more than $1 billion in revenues, 2,100 employees, and 13 locations with a headquarters in the northern Milwaukee suburb of Mequon, Wisconsin.

IOP focuses on acquiring middle-market manufacturing and value-added distribution businesses, typically with revenues between $30 million and $400 million. The firm targets businesses with strong product, customer, and market positions and provides both management and operational resources to support sales growth and operational improvements. IOP is headquartered in the Chicago suburb of Evanston.

Citizens Capital Markets was the financial advisor to IOP on the sale of Aarrowcast.

DW Healthcare Invests in Vets Plus