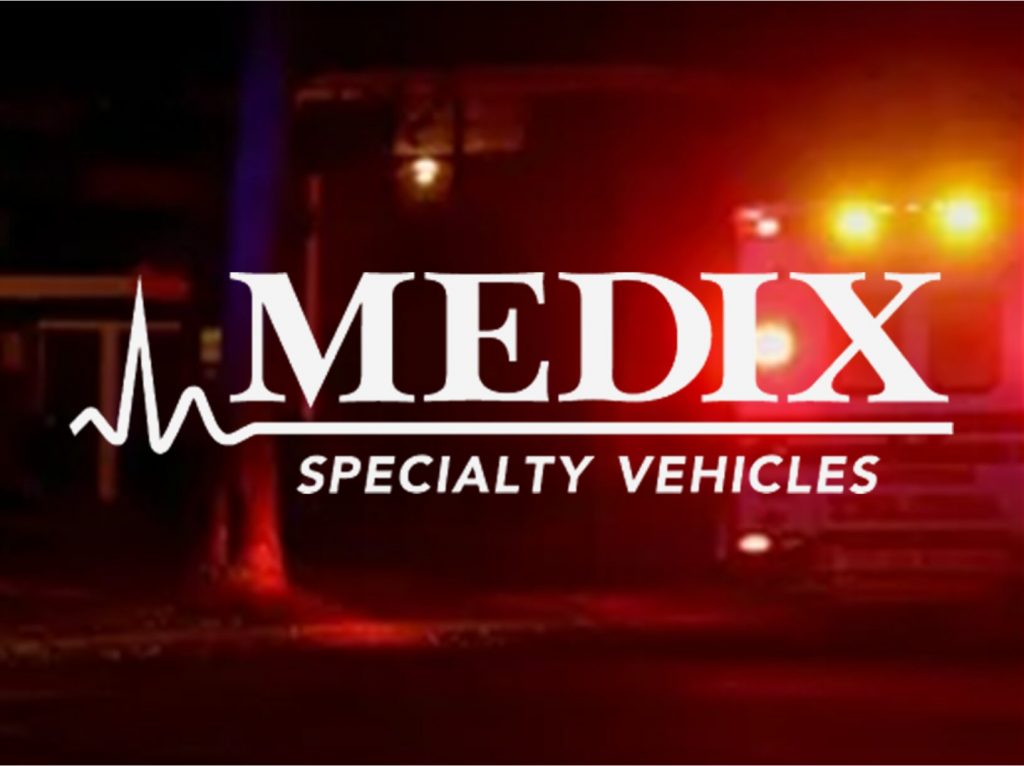 In February 2018, Demers Ambulance merged with Braun Industries, an Ohio-based ambulance manufacturer, to form Demers Braun Ambulance; and in September 2018, it acquired Crestline Coach, a Canada-based maker of ambulances and other specialty vehicles.

Medix is a manufacturer of Type I (truck-based), Type II (van-based), and Type III (cutaway van-based) ambulances that are used in both the private and fire services side of the industry. Elkhart, Indiana-headquartered Medix, led by CEO Greg Rusk, was founded in 2001 and operates five manufacturing plants with more than 190 employees.

With the buy of Medix, Demers Braun Ambulance, led by CEO Alain Brunelle, now has more than 1,100 employees, 12 production and service center sites in Canada and the United States, and is the second-largest ambulance manufacturer in North America.

“We are impressed with the track record of growth at Medix, their strong distribution base, partners and customer relationships, and the company’s ability to build and to maintain brand presence in a highly competitive marketplace,” said Lawrence Stevenson, the managing partner at Clearspring.

“I am sincerely delighted with this transformational acquisition. The Medix addition expands and reinforces our brand portfolio while increasing our competitive position and reach among ambulance manufacturers across North America and in the over 40 countries we now serve,” said Mr. Brunelle. “As a natural next step following the merger between Demers and Braun in early 2018 and the Crestline acquisition in Western Canada later that same year, today’s transaction reaffirms our position as the reference for ambulance innovation in the market. This acquisition could not have happened without the continued support from our financial partners at Clearspring and CDPQ and I wish to thank them for their vision and commitment.”

Clearspring (formerly Callisto Capital) invests from C$20 million to C$50 million in companies with at least C$10MM of EBITDA across a range of industries. The firm’s transaction types include buyouts, growth equity, restructurings, and recapitalizations. Clearspring was founded in 2002 and has offices in Toronto and Montreal.

“CDPQ is happy to continue our long-standing commitment to supporting Demers Ambulances in its growth and global expansion,” said Kim Thomassin, the executive vice president of CDPQ. “With this new acquisition, we can now proudly say that more than one in three ambulances in North America is built in a Demers manufacturing facility.”

Montreal-headquartered CDPQ is a multi-strategy institutional investor that manages funds primarily for public and para-public pension and insurance plans in Canada. As of December 2020, it had C$365 billion in net assets.