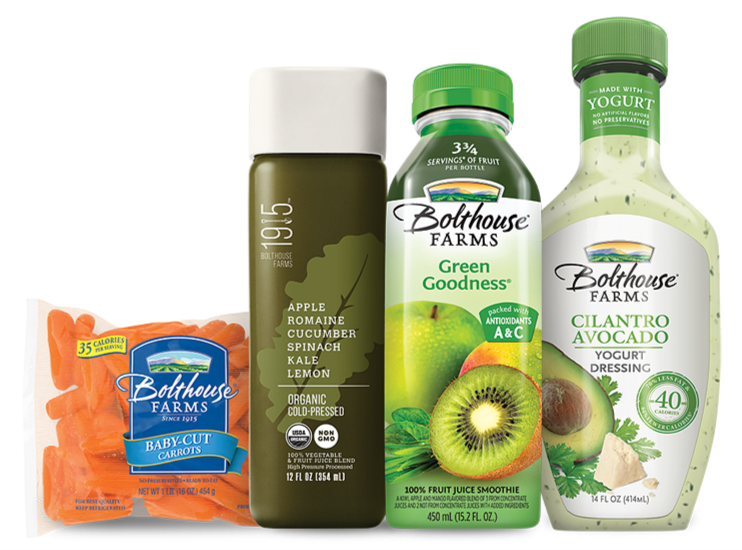 Bolthouse Farms was founded in 1915 and acquired by Madison Dearborn Partners in 2005. The company was sold to Campbell Soup Company in 2012 for $1.5 billion in cash. Bolthouse Farms has approximately 2,200 employees and operates facilities in Bakersfield, CA (headquarters); Hodgkins, IL; Wheatley, ON; and Prosser, WA (www.bolthouse.com).

According to the company, it has leading market positions in fresh carrots and refrigerated premium beverages in the US, along with a strong and growing presence in refrigerated salad dressings. However, the business has struggled in recent years including a June 2016 recall of 3.8 million bottles of protein shakes due to possible spoilage.

Butterfly Equity specializes in investing in the food sector within four target verticals: agriculture & aquaculture, food & beverage products, food distribution and foodservice. The firm was co-founded by Adam Waglay and Dustin Beck in January 2016 and is headquartered in Beverly Hills, CA (www.butterflyequity.com). “Today we are excited to formally join Bolthouse Farms on its mission of providing fresh, healthy plant-based products to consumers around the country,” said Mr. Waglay.

The sale of Bolthouse Farms by Campbell is part of a plan launched in Augusts 2018 to sell off the company’s Campbell Fresh refrigerated foods and Campbell International units to focus on its core snacks, meals and beverage businesses. Campbell Fresh includes Bolthouse Farms, Garden Fresh Gourmet (sold in February 2019 to Fountain of Health USA) and Campbell’s refrigerated soup business (sold in February 2019 to Joshua Green Corporation). Proceeds from the divestitures have been used to reduce debt.

The Campbell Soup Company (NYSE: CPB) is a producer of canned soups and related products that are sold in 120 countries around the world. It is headquartered in Camden, NJ (www.campbellsoupcompany.com).