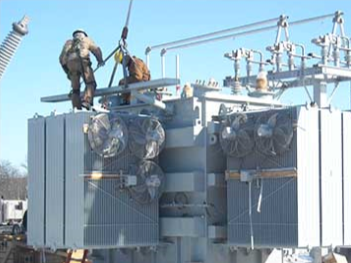 Sunbelt Transformer, a portfolio company of Grey Mountain since December 2014, is a provider of new and remanufactured electrical power and distribution equipment, including transformers, switchgear and circuit breakers. The company also provides testing, repair, maintenance and installation services. Sunbelt Transformer was founded in 1981 and is led by CEO Dan Sweeney. The company has 150 employees and ten locations across the United States with headquarters in Temple, TX and Sharon, PA (www.sunbeltusa.com).

Mr. Sweeney and other senior managers of the company invested in the transaction alongside Trilantic.  As part of the transaction, Tom Smith, former CEO of MacLean Power Systems, will join the company as Chairman of the Board of Directors. Trilantic previously held a minority interest in MacLean, a manufacturer and supplier of transmission and distribution products for the electric utility, telecommunications and civil construction markets.

“The Sunbelt team has identified and delivered a truly unique value proposition to a large, underserved part of the market, as evidenced through the company’s historical performance,” said Mr. Smith. “I look forward to working with Dan and his team to expand Sunbelt’s business across more customers and geographies.”

“Dan Sweeney has done an incredible job growing Sunbelt into a preferred partner within the supply chain, recognized by customers for its technical expertise, leading customer service, and superior speed of delivery,” said Charles Fleischmann, Partner at Trilantic North America. “We’re excited to partner with such a passionate and entrepreneurial management team to support the company through its next chapter of development.”

Trilantic North America makes control and significant minority investments in North America companies that have enterprise values of $100 million to $1 billion. Sectors of interest include business services, consumer, and energy. Trilantic was formed in 2009 by the former principals of Lehman Brothers Merchant Banking and currently manages six private equity funds with aggregate capital commitments of $7.9 billion. The firm is based in New York (www.trilantic.com).

“The Trilantic North America team brings deep expertise in our end markets and has a proven history of providing strategic guidance and hands-on support to help growing businesses scale,” said Mr. Sweeney. “We’re confident the financial and human capital commitment will help us better serve new and existing customers through investments in people, systems and solutions.”

Grey Mountain has approximately $700 million of assets under management and was founded in 2003 by Managing Partners Rob Wright and Jeff Kuo. The firm invests up to $75 million in control acquisitions of companies with enterprise values between $30 million and $150 million. The firm is based in Boulder with additional offices in Minneapolis and Pittsburgh (www.greymountain.com).

RW Baird & Co. was the financial advisor to Sunbelt on this transaction.