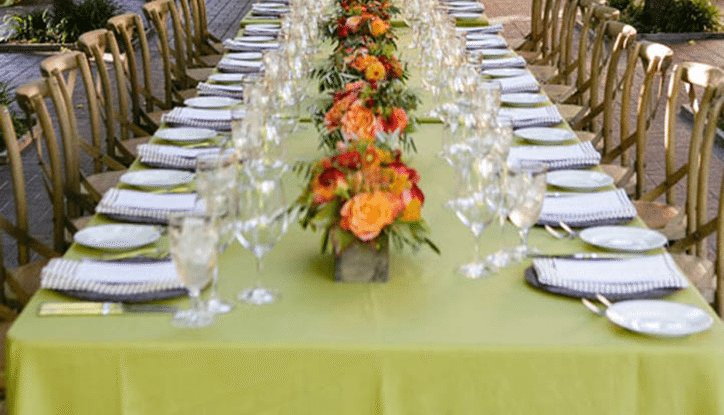 The Frontenac Company has acquired La Tavola Fine Linen, a renter of premium and ultra-specialty linens used for weddings ceremonies, wedding receptions and other special events.

As part of this transaction, Frontenac has hired industry veteran Jeff Black as the company’s new chief executive officer. Herb and Betsy Stone will continue working with the company in consulting roles with Ms. Stone serving as Head of Design. Mr. Black was previously the CEO of Classic Party Rentals from March 2012 to November 2014 and was also a senior executive at Aramark responsible for outsourced operations, uniforms and linen, and customer service.

“As a leader in its market niche, La Tavola is a profitable, budding and attractive opportunity with significant growth potential,” said Paul Carbery, a Managing Partner at Frontenac. “With Jeff Black at the helm, we are confident the company will reach new levels of success. He is a collaborative leader who is passionate about this company, the team that makes it up, and the events industry as a whole.”

Joe Rondinelli, a Vice President at Frontenac, was also part of the transaction team. “La Tavola Fine Linen Rental has an exceptional reputation in the events industry and we are excited they chose to partner with Frontenac. We look forward to working with Jeff, Betsy, Herb and the entire team to open new showrooms and introduce new, high quality linens.”

Frontenac invests in lower middle markets businesses that operate primarily in the food, industrial, and services industries. The firm was founded in 1971 and is headquartered in Chicago (www.frontenac.com).