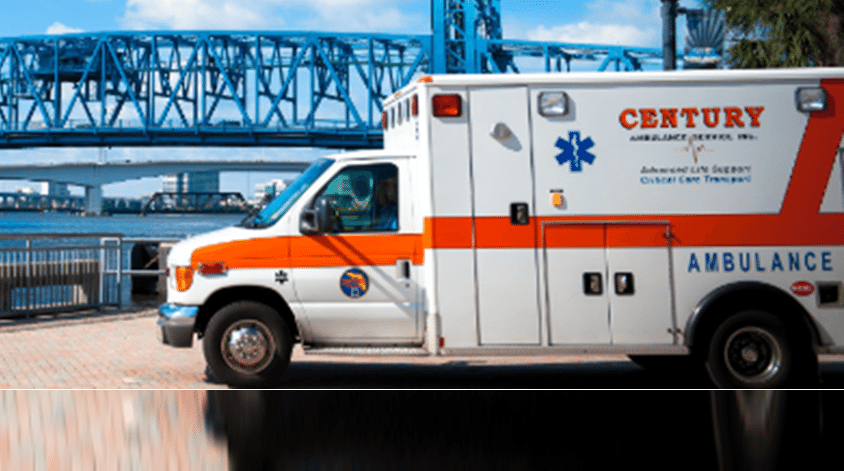 Century Ambulance Service is an inter-facility medical transport provider serving the Jacksonville, FL metropolitan area.  Century was founded in 1981 with just two ambulances and today operates a fleet of over 50 ambulances and has a staff of more than 290 employees. The company is based in Jacksonville (www.casjax.com).

“Century represents another important step towards our goal of building the preeminent patient logistics business in the United States.  We are excited about the opportunities that Century will provide to ProTransport-1, and enthusiastic to continue supporting the team as they further their growth in new and existing markets,” said Melissa Barry, a Principal of Heritage.

ProTransport-1 is a provider of inter-facility medical transportation to hospitals, nursing facilities, specialty clinics and event venues in Northern California.  The company operates a fleet of 170 ambulances and has 950 employees.  ProTransport-1 was founded in 2000 by Mike Sechrist (CEO) and Elena Whorton (President) and is headquartered north of San Francisco in Cotati, CA (www.protransport-1.com).

“We are excited to partner with the Century team in the North Florida market, another move in our deliberate expansion into additional geographies,” said Mr. Sechrist. “Century serves a blue chip base of healthcare providers and we are eager to introduce many of our technologies and services to help serve those customers.”

Heritage invests minority or majority equity in companies with minimum revenues of $30 million and at least $5 million of EBITDA. Sectors of interest include aerospace, business services, consumer products, distribution, education and training, food and beverage, healthcare and healthcare services, industrial and infrastructure, manufacturing, pet products and services, specialty chemical, and test and measurement. Heritage was founded in 2006 and is headquartered in Boston (www.newheritagecapital.com).