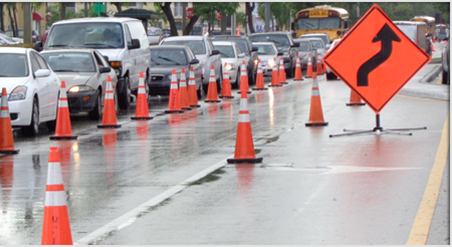 Area Wide Protective (AWP) helps direct or re-route traffic in support of construction, repair, or maintenance projects affecting public roads.  AWP provides on-site technicians, equipment and vehicles, in addition to permitting and design services.  The company has a variety of customers but mainly serves utilities, utility contractors, and telecommunications companies.  AWP has more than 1,800 employees and a fleet of nearly 900 trucks and works out of 43 locations in 17 states throughout the Midwest, East, and Southeast.  The company is headquartered near Akron in Kent, OH (www.awptrafficsafety.com).

Riverside plans to use AWP as a platform to build a larger traffic control company.  “AWP has a proven model that provides better regulatory compliance and safety standards at a considerably lower cost than in-house offerings,” said Riverside Partner Chris Jones.  “Whether organically or through add-on acquisitions, AWP is a great platform for geographic expansion and entering new traffic control categories.”

Blue Point Capital Partners, which acquired AWP in 2006, is a lower-middle-market private equity firm that invests in manufacturing, distribution and service businesses generating $20 million to $200 million in revenue. The firm has over $800 million in committed capital and has offices in Charlotte, NC; Cleveland, OH; Seattle, WA and Shanghai, China (www.bluepointcapital.com).

“Facilitating the growth of local companies is an integral part of Blue Point’s investment strategy, and we are especially pleased with the outcome at AWP,” said Sean Ward, a partner at Blue Point. “Under our ownership, AWP has diversified both its customer base and geography served, leading to significant top-line and margin growth.”

“Blue Point proved to be a valuable partner for AWP. Supported by Blue Point’s experienced investment professionals and team of operating executives, we have grown from a regional business with 10 locations into a business with 43 locations across 17 states,” said John Sypek, president and chief executive officer of AWP.