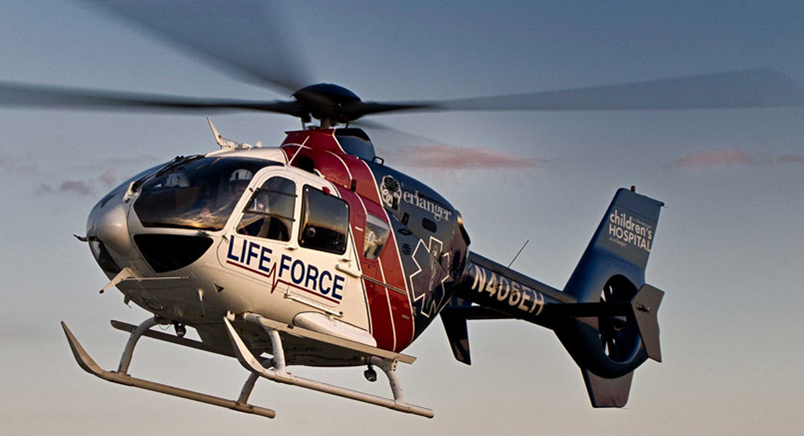 igned an agreement to acquire Air Medical Group Holdings, a provider of air ambulance services, from Bain Capital and Brockway Moran & Partners at an enterprise value of $2 billion.

Air Medical, acquired by Bain in 2010, provides emergency transportation services to individuals with critical health issues or injuries who are located too far from hospitals to be transported by ground in a timely manner. The company operates through three subsidiaries: Air Evac Lifeteam, Med-Trans Corporation and EagleMed and transports more than 75,000 injured patients each year through a fleet of 222 helicopters and 25 airplanes that operate 24 hours a day and seven days a week. In addition Air Medical provides over 120,000 ground transports on an annual basis. Air Medical has locations in 27 states and is headquartered north of Dallas in Lewisville, TX (www.lifeteam.net) (www.med-trans.net) (www.flyeaglemed.com).

“Air Medical provides a vital service in the health care market, enabling patients to get the care they need as quickly as necessary. We are proud to support the company in its life-saving mission. Having followed Air Medical for several years, we believe that the company is poised for service expansion, and we look forward to partnering with management on this next phase of its evolution,” said Jim Momtazee, Member of KKR and Head of KKR’s Health Care investing team.

The transaction, which KKR is funding primarily from its North America XI Fund, is expected to close in the second quarter. Fully committed debt financing will be provided by Morgan Stanley, Jefferies, and KKR Capital Markets.

KKR makes private equity, fixed income and other investments in companies in North America, Europe, Asia and the Middle East. The firm has $90 billion in assets under management. KKR was founded in 1976 and in addition to its New York headquarters the firm has offices in Menlo Park, San Francisco, Houston, Washington DC, London, Paris, Hong Kong, Tokyo, Beijing, Mumbai, Dubai and Sydney (www.kkr.com).

“It has been a privilege to partner with CEO Fred Buttrell and the entire management team at Air Medical in supporting their efforts to provide safe, high quality emergency transportation services to communities that are distant from acute medical care,” said Chris Gordon, a Managing Director at Bain Capital.

Bain Capital manages several pools of capital, including private equity, venture capital, and public equity and leveraged debt assets. The firm has more than $80 billion in assets under management. Since its inception in 1984, Bain Capital has made private equity investments and add-on acquisitions in more than 450 companies in a variety of industries around the world. The firm has offices in Boston, New York, Chicago, Palo Alto, London, Munich, Dublin, Luxembourg, Tokyo, Shanghai, Hong Kong, Mumbai and Melbourne (www.baincapital.com).