BC Partners Completes Acquisition of PetSmart 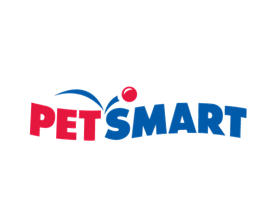 An investment consortium led by BC Partners and including La Caisse de dépôt et placement du Québec, StepStone and Longview Asset Management has completed the acquisition of PetSmart. The transaction is valued at approximately $8.7 billion, representing a 9.1x multiple of PetSmart’s adjusted EBITDA for the twelve months ending November 2, 2014. This transaction was announced in December 2014.

PetSmart is the largest specialty retailer of pet products and services. The company has approximately 54,000 employees and operates 1,387 pet stores in the United States, Canada and Puerto Rico and 201 in-store PetsHotel dog and cat boarding facilities. The company is headquartered in Phoenix (www.petsmart.com).

“Today is an important day in PetSmart’s history. We are committed to actively investing in long-term growth opportunities for PetSmart and delivering for its customers and their pets for many years to come,” said Raymond Svider, a Managing Partner at BC Partners.

BC Partners has €12 billion of capital under management and invests in companies in a variety of sectors. The firm was founded in 1986 and has offices in London, Paris, Hamburg and New York (www.bcpartners.com).

Upon the closing of the transaction, David Lenhardt has stepped down from his role as PetSmart’s President and Chief Executive Officer. PetSmart has named Michael Massey as its new President and Chief Executive Officer and Raymond Svider as its non-executive Chairman of the Board of Directors. Mr. Massey will be based at PetSmart headquarters in Phoenix.

Mr. Massey most recently served as Chief Executive Officer and President of Collective Brands, the owner of Payless ShoeSource, where he worked with the Payless team to lead the turnaround of its global retail operation, spanning over 4,000 stores in more than 50 countries. Prior to Collective Brands, he was at The May Department Stores Company. Mr. Massey currently serves on the Board of Directors of Office Depot.

J.P. Morgan is serving as the exclusive financial advisor to PetSmart, and Wachtell, Lipton, Rosen & Katz is serving as its legal advisor.  BC Partners and its consortium investors were advised by Simpson Thacher & Bartlett, Ernst & Young, and Teneo Strategy.