PPL, RiverStone to Form One of the Nation’s Largest Independent Power Producers 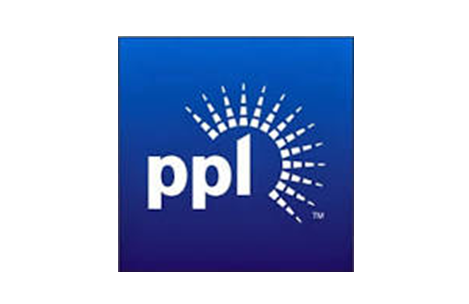 The new company, which will own and operate a diverse mix of 15,320 megawatts of generating capacity in key US competitive energy markets, will be called Talen Energy Corporation. Based on current generating capacity statistics, Talent Energy would be the third-largest investor-owned IPP in the nation.

Under the terms of the agreement, at closing, PPL Corporation will spin off PPL Energy Supply, LLC, the parent company of PPL Generation, LLC, and PPL Energy Plus, LLC, to shareowners of PPL and then immediately combine that business with River Stone’s generation business to form Talen Energy Corporation, an independent publicly traded company expected to be listed on the New York Stock Exchange.

Upon closing, PPL Corporation’s shareowners will own 65 percent of Talent Energy and RiverStone will own 35 percent. PPL Corporation will have no continuing ownership interest in Talen Energy.

“Talen Energy will be a very significant player in the US competitive generation market, bringing together the best of two robust businesses with a very strong presence in the PJM region, as well as nearly 2,000 megawatts of generating capacity in the fast growing ERCOT market in Texas,” said William Spence, PPL Chairman, President and Chief Executive Officer. “Talen Energy will have significant scale, a very competitive cost structure and the financial agility to pursue growth opportunities.”

Michael Hoffman, a Partner at Riverstone Holdings, said, “Riverstone is very excited about participating in this important transaction. The blending of our two complementary businesses will create, on day one, one of the largest independent power producers in the US with more than 15,000 megawatts of diversified generating capacity in the most attractive US markets, strong free cash flow, and a conservatively capitalized balance sheet. With an outstanding management team led by Paul Farr, we believe Talen Energy will be one of the most successful IPPs in North America.”

“As stand-alone companies, PPL Corporation and Talen Energy each will have compelling growth prospects, and we expect the financial markets will ascribe valuations that more appropriately recognize the inherent strengths of each company,” said Mr. Spence. “As PPL has grown its rate-regulated business portfolio significantly over the past several years, PPL’s Energy Supply business has not — in our view — achieved appropriate equity valuation.”

While the transaction represents a significant change for all company stakeholders, Mr. Spence said PPL decided on this direction following an in-depth analysis of its business mix.

“Given the challenges, uncertainties and opportunities in the wholesale power markets, maintaining the status quo was not a viable option. This transaction provides greater clarity for shareowners, our PPL Energy Supply employees, customers and the communities we serve,” said Mr. Spence.

Talen Energy will combine 5,325 megawatts of capacity owned and operated by Riverstone at 15 sites in Maryland, New Jersey, Texas and Massachusetts with 9,995 megawatts of capacity owned and operated by PPL Generation at 12 sites in Pennsylvania and Montana. The new company’s planned 15,320-megawatt portfolio will have excellent fuel diversity, with 40 percent natural gas, 40 percent coal and 15 percent nuclear. The above numbers exclude capacity from PPL’s 11 hydroelectric units in Montana, which are expected to be sold to NorthWestern Energy pursuant to a September 2013 definitive agreement.

About 83 percent of the generating capacity to be owned by Talent Energy is located in the region served by the Pennsylvania-New Jersey-Maryland Interconnection, the world’s largest wholesale electricity marketplace.

The combination is expected to result in significant operating and financial benefits for Talen Energy. The company expects to realize annual run-rate synergy benefits of $155 million and projects 2015 “Model Year” Adjusted EBITDA of about $1.07 billion, inclusive of the run-rate forecast synergies.

PPL Energy Supply had total debt of $2.7 billion and cash of $520 million as of May 31, 2014. Riverstone’s generation business is expected to have $1.25 billion of debt after giving effect to their planned refinancing.

Mr. Farr will lead the transition process to form Talen Energy. Jeremy McGuire, PPL’s vice president of strategic development, will also serve as a member of the transition team and, upon closing, will become the Chief Financial Officer of Talen Energy.

In addition to Mr. Farr, PPL will name four independent members to the eight-member Talen Energy board, while Riverstone will name three members, one of whom will be independent.

PPL Energy Plus will continue to serve its wholesale and retail customers in the mid-Atlantic region and Montana.