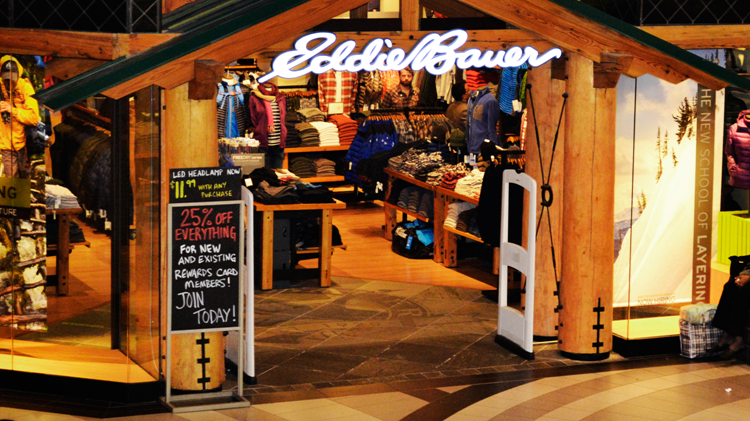 Jos. A. Bank Clothiers and Golden Gate Capital have entered into an agreement under which Jos. A. Bank will acquire Everest Holdings, parent company of the Eddie Bauer brand. Golden Gate acquired Eddie Bauer for $286 million at a bankruptcy auction in 2009.

Eddie Bauer is a specialty retailer of sportswear, outerwear, gear and accessories. Products are available at approximately 370 stores throughout the United States, Canada and Japan, through catalog sales, and online at www.eddiebauer.com. For the year ended December 31, 2013, Eddie Bauer has estimated its revenue to be between $885 million and $895 million and adjusted EBITDA to be between $61 million and $65 million. The company was founded in 1920 and is headquartered in Seattle.

“Eddie Bauer is a clear success story, with the potential for significant growth as part of a larger enterprise. It has been an exceptional experience to work with CEO Mike Egeck and his team to enable Eddie Bauer to so dramatically improve its performance, and we are excited to be able to participate in its ongoing growth through our investment in Jos. A. Bank,” said Josh Olshansky, Managing Director at Golden Gate Capital.

Golden Gate Capital targets companies across a range of industries and transaction types, including leveraged buyouts, recapitalizations, corporate divestitures and spin-offs, build-ups and venture stage investing. The firm has approximately $12 billion of capital under management and is based in San Francisco (www.goldengatecap.com).

Jos. A. Bank Clothiers (NASDAQ: JOSB) is a designer, manufacturer and retailer of men’s tailored and casual clothing, sportswear, footwear and accessories. The company sells its products through 629 stores in 44 states and the District of Columbia, a nationwide catalog and online at www.josbank.com. The company was founded in 1905 and is headquartered in Hampstead, MD.