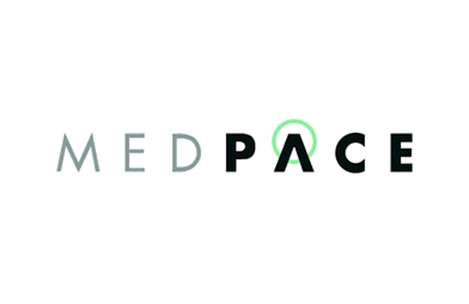 CCMP Capital has sold its portfolio company Medpace, a contract research organization, for $915 million to European private equity firm Cinven. In 2013, Medpace generated an adjusted EBITDA of $94 million resulting in a valuation multiple of 9.7x. CCMP acquired Medpace in May 2011.

The management team, led by Dr. August Troendle, the founder of Medpace and current President and CEO, will remain significant minority investors alongside Cinven.

Cinven invests in excess of €100 million of equity in companies with enterprise values typically greater than €300 million Sectors of interest include business services, financial services, healthcare, industrials, consumer, and technology, media and telecommunications. The firm was founded in 1977 and is headquartered in London (www.cinven.com).

Cinven’s healthcare team has been focused for some time on the CRO industry as an attractive market in which to invest. Increased R&D spend by the pharma and biotech industry, due to the growing number and complexity of clinical trials required to bring new products to market, is expected to fuel strong growth for the CRO industry, especially for those operators that focus on smaller pharma and biotech customers, where the outlook for R&D spend is most positive.

“Cinven’s healthcare team identified the CRO industry as an attractive market in which to invest given its fundamental growth characteristics. The CRO industry consolidation has created a gap in the market serving the mid-cap pharma and smaller biotech players – where Medpace operates and where we intend to capitalize on organic growth opportunities,” said Supraj Rajagopalan, Partner at Cinven.

In addition, Medpace has been rapidly expanding its presence in Europe and has the opportunity to achieve greater penetration across Europe and Asia, where Cinven has a strong track record of portfolio company growth.

“Medpace has a highly experienced management team and a strong market positioning, with growth in Europe and Asia presenting a real opportunity for the business,” said Alex Leslie, Principal at Cinven. “The Cinven team is well placed to accelerate this growth given our considerable European presence and also the strength of our Asia portfolio team –which has been instrumental in the success of international businesses in the region.”

Fairmount Partners (www.fairmountpartners.com) previously represented Medpace in the sale of control to CCMP in May 2011, and assisted them in acquiring CRO MediTech, a European medical device company, in 2012.

“Medpace is one of the best CROs in the world, and it has been our pleasure to work closely with Dr. August Troendle and his team for over 12 years, and we look forward to continuing our long and deep relationship,” said Neal McCarthy, Managing Director of Fairmount Partners.

Fairmount Partners specializes in assisting companies in mergers and acquisitions, capital raising and strategic advice. Fairmount completes most of its transactions in its key focus areas: Technology & Software, IT & Business Services, Healthcare, and Consumer & Industrial, and has completed transactions throughout North and South America, Europe and Asia. The firm is based in the Philadelphia suburb of West Conshohocken (www.fairmountpartners.com).

CCMP specializes in making buyout and growth equity investments in the United States and Europe. The firm typically invests $100 million to $500 million of equity per transaction in companies with enterprise values of $500 million to $2 billion. Sectors of interest include consumer/retail, industrial, healthcare, and energy. CCMP is headquartered in New York (www.ccmpcapital.com).