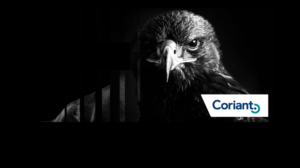 Marlin Equity Partners has completed the acquisition of the optical networks business of Nokia Siemens Networks. The newly formed company will operate under the Coriant name and will be led by the existing management team, including Herbert Merz, who has assumed the role of president and chief executive officer.

“We are excited to back the Coriant team and we view the standalone business as an ideal platform for growth in the optical networking sector. We are committed to extending Coriant’s market leadership by actively pursuing both organic growth opportunities and strategic acquisitions,” said Nick Kaiser, a partner at Marlin.

Coriant is a supplier of optical transport products and software-defined, optical layer intelligence systems to Tier 1 communication and data network providers. Coriant’s products enable fixed line and mobile network operators to maximize the performance and value of their infrastructure as bandwidth demands on networks grow. Coriant has research and development centers in Asia, Germany, Portugal and the US, as well as a production center in Berlin, Germany. The company is headquartered in Munich, Germany (www.coriant.com).

“With today’s exponential expansion in bandwidth demand, the global growth prospects of optical networking are enormous,” said Pat DiPietro, an operating partner at Marlin. “We believe that Coriant’s strong management team and relentless pursuit of innovation will continue to drive the company forward as an industry leader.”

Marlin Equity Partners invests in businesses that have revenues of $20 million to $1 billion and that that are in the process of undergoing varying degrees of operational, financial or market-driven change. Sectors of interest include technology, healthcare, consumer products and services, business services, manufacturing, aerospace & defense, distribution & logistics, and media. The firm has more than $1 billion of capital under management and is headquartered in Los Angeles with an additional office in London (www.marlinequity.com).

“Marlin’s deep operational bench and divestiture expertise played a vital role in successfully completing this complex carve-out from Nokia Siemens Networks,” said president and chief executive officer Herbert Merz. “Through our partnership with Marlin, Coriant has a tremendous opportunity to further build our long-term leadership in optical networking and continue our history of innovating and delivering value to our customers.”