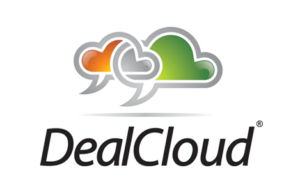 “DealCloud’s built-in functionality that supports industry-focused private equity efforts was a key differentiator,” said Carrick Managing Director Jim Madden. “We understood that with the number of solutions on the market, the decision would be difficult. Ultimately, we chose DealCloud because their platform was purpose-built for our industry and will seamlessly support our operations.”

Carrick Director Alex Mason noted that the DealCloud team had been particularly engaged and hands-on in populating the new system with historical data and making it useful from day one. “The system’s functionality is exceptionally robust. The ultra-responsive DealCloud support team allowed us to quickly integrate legacy data into the new system and become operational more quickly than we anticipated,” said Mr. Mason.

Since deployment, the DealCloud and Carrick teams have continued to customize the SaaS platform — built from the ground up to suit the needs of private equity investors and other dealmakers — to fit Carrick’s specific business processes. “Every implementation we do is another reminder of how important it is to be able to customize a CRM — not just to the needs of a specific industry, but to how each firm within that industry conducts its business,” said DealCloud President Ben Harrison. “Too many CRM platforms expect clients to adapt to a one-size-fits-all solution, when the need is for uniquely tailored solutions like what DealCloud provides.”

The Carrick team is already benefiting from the communication, organization, and updating tools the DealCloud platform provides. “Carrick is a great addition to our user base,” Mr. Harrison said. “They’ve got a strong, experienced team that continues to provide us feedback and make our platform better. We look forward to the months and years ahead as our relationship grows and they become DealCloud power users.”

Carrick Capital Partners invests in companies with revenues of $5 million to $50 million that serve large markets with business models that allow for increasing profitability as they gain scale. Carrick focuses on investing in companies that provide technology-enabled service offerings, business process outsourcing, transaction processing, software as a service and enterprise software. The firm was co-founded in 2012 by Marc McMorris, a former General Atlantic managing director who led investments in business services and software, and Jim Madden, the previous founder and chief executive of Exult, a human resources business processing company. Carrick Capital Partners is based in San Francisco (www.carrickcapitalpartners.com).