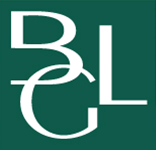 Brown Gibbons Lang & Company (BGL) has published its latest report on the healthcare industry.  According to BGL, 2012 proved to be an active year for healthcare M&A, with a total of 1,063 announced transactions, marking the highest volume year, based on number of deals, since 2007 (1,079 transactions).  A link to a free copy of the BGL report is available at the end of this article.

Despite record deal flow, deal value declined to $143 billion in 2012—down 38 percent from $231 billion in 2011—the second lowest year for M&A spend in the most recent decade. Political uncertainty brought on by the U.S. presidential election, the formidable fiscal cliff, and global economic uncertainty had the effect to reduce risk appetite, bringing in fewer billion-dollar transactions and leaving the middle market to bolster deal volume.

Healthcare Services led M&A activity for the year, accounting for 58 percent of deals announced (614 transactions). Long-Term Care (188 transactions) was the most active sub-sector of the Services category, accounting for 31 percent of deals announced. Life Sciences and Technology led in dollar volume, contributing $87 billion, or 61 percent, of the total deal value in 2012. Medical Devices was the most active sub-sector in the category with 143 announced transactions. Pharmaceuticals brought in the largest M&A spend with $38 billion in total transaction value and also posted strong deal volume with 101 transactions announced in 2012.

Click HERE for a free PDF copy of BGL’s latest issue of The Healthcare Insider.