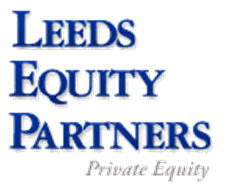 “We are delighted to announce these promotions.  Chris and Kevin have each done an outstanding job for the firm, and we are happy today to recognize those contributions,” said Jeffrey Leeds, co-founder of Leeds Equity.

Christopher Mairs joined Leeds Equity in 2008 as an investment professional.  Prior to joining, Mr. Mairs spent three years with Greenhill & Co. in both their London and New York offices.  He serves as a board member of Nobel Learning Communities and is closely involved with SeatonCorp.  Mr. Mairs graduated from the University of St. Andrews, Scotland, with a BSc in Mathematics.

Kevin Malone has been with the firm for two years, joining Leeds Equity as an Associate.  Prior to Leeds Equity, Mr. Malone spent two years with Harris Williams & Co. in their Richmond, VA office.  Mr. Malone graduated from the Olin Business School at Washington University with a BS in Business Administration.

Leeds Equity Partners manages the largest private equity fund in the United States focused on investments in the education, training and business services industries. Founded in 1993, the firm has raised and managed over $1 billion of committed capital and invested in more than 20 companies.  The Board of Advisors of Leeds Equity Partners includes, among others: Chairman General Colin Powell, former Secretary of State, National Security Advisor, and Chairman of the Joint Chiefs of Staff; Dr. Barry Munitz, former Chancellor of the California State University school system and CEO of the J. Paul Getty Trust; Thomas (“Mack”) McLarty III, President of McLarty Associates and former White House Chief of Staff under President William Clinton; Dr. Rod Paige, former Secretary of Education under President George Bush; Richard Riley, former Secretary of Education under President William Clinton and two-term Governor of South Carolina; Tim Fitzpatrick, the former CEO of Sallie Mae Corporation; and Timothy Shriver, Chairman of the Board of the Special Olympics.  Leeds Equity Partners is headquartered in New York (www.leedsequity.com).