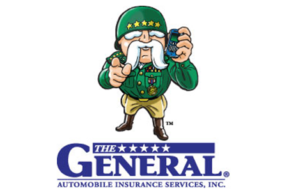 American Family Insurance has reached agreement to acquire PGC Holdings Corp. (Permanent General Companies) and its subsidiaries, including non-standard auto insurers Permanent General and The General, from Capital Z Partners in a transaction valued at $239 million.

“It is a bittersweet day for the Cap Z family,” said Brad Cooper, managing partner of Capital Z Partners. “While we are happy with the outcome of the investment, we are sad to put an end to this eight-year relationship. We partnered with Randy Parker and his incredible management team and built a top notch brand in the insurance space. We are very pleased that PGC is being acquired by a company with similar qualities, values and goals, which will help PGC continue to grow and succeed.”

Permanent General specializes in serving the non-standard auto insurance market through its subsidiaries, Permanent General and The General. The company sells its products in 25 states through the Internet, call centers, and in some states independent agents who specialize in non-standard coverage, and partner retail store alliances. Permanent General reported direct written premium of $270 million at the end of 2011. The company was founded in 1963 and employs approximately 750 people, with 400 at its Nashville headquarters and 350 at other locations, including call centers in Cleveland, Nashville and Phoenix (www.pgac.com) (www.thegeneral.com).

American Family is one of the country’s largest property-casualty mutual insurance companies with annual direct written premium of $5.4 billion. The multi-line company sells auto, home, business, farm/ranch and life insurance in 19 states through its network of 3,500 agents, who sell American Family products only. The company was founded in 1927 and is based in Madison, WI (www.amfam.com).

Capital Z Partners is a private equity firm focused exclusively on the financial services industry. Since 1990, Capital Z has invested over $2 billion across the insurance, specialty finance, banking, and services sectors. The firm is based in New York (www.capitalz.com).